Saving the planet, one drinks container at a time

In the latest instalment of GS1 UK’s Powering Progress webinar series, we look at the issue of sustainability, with a panel of executives united in their commitment to a greener future. 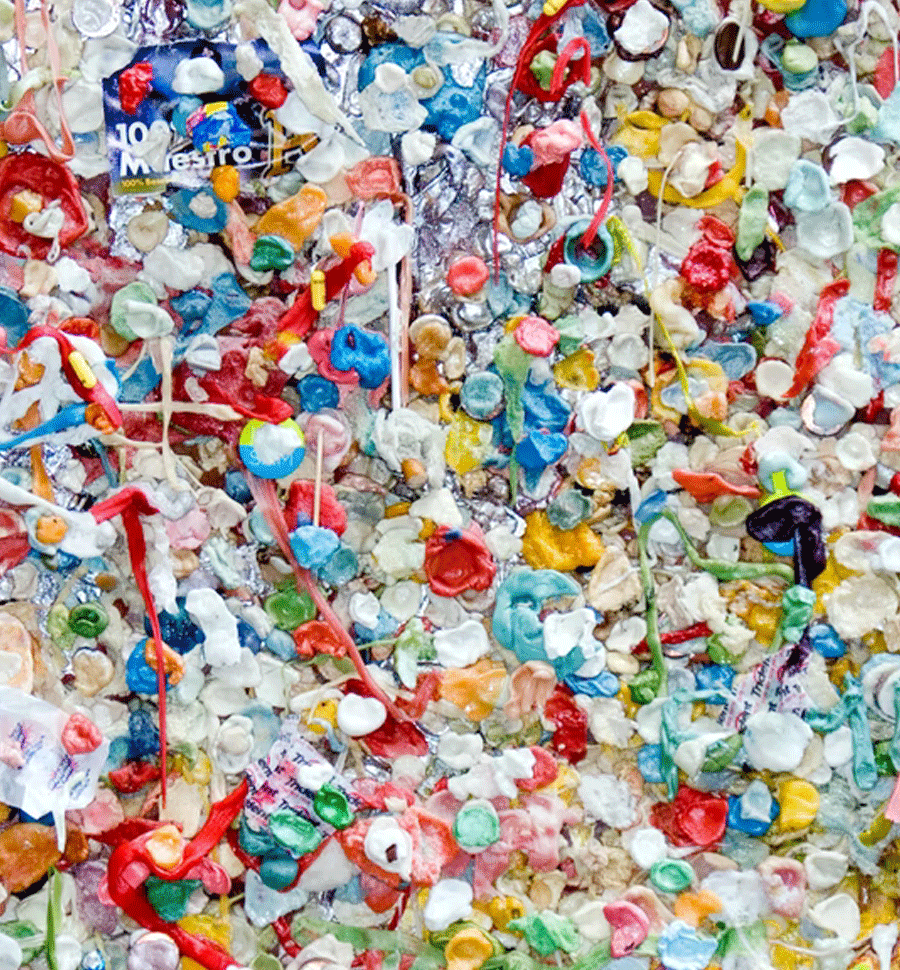 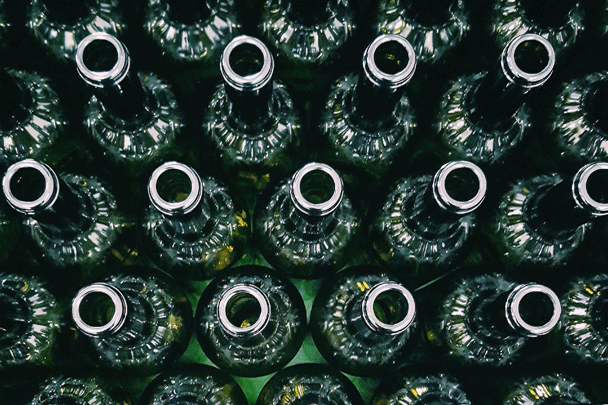 We have been working closely with industry bodies to consult on the deposit-return schemes (DRS) that will be rolled out across the UK in the coming years.

The schemes will give consumers back a small deposit for each of the drinks containers they return, incentivising recycling en masse.

In light of our efforts in the area, we thought we would bring together industry leaders across the beverages sector, to discuss how their industry is tackling plastic use and reuse, in an attempt to become a greener sector, one container at a time.

The assembled experts covered areas from zero waste and the COVID-19 effect, to greenwashing and what would make a DRS actually tick.

To kickstart the debate, we asked the panellist what they understood by the term “zero-waste, circular economy”, and whether they believed it was an achievable goal.

KeepCup’s Chris Baker commented that it would be hard to imagine a zero-waste economy given our on-the-go, convenience culture, and the sourcing of raw materials from global manufacturers instead of domestic producers: “How can you create a…zero-waste circular economy when so much of the material is coming from overseas? Where does that go back to at its end of life?”

WRAP’s Rachel Gray alluded to the relative infancy of large-scale recycling and that the shift to a circular economy would be the product of a new mindset: “I think we are probably looking at generation change – that it becomes an absolute norm as opposed to something we fit in our lives around convenience. 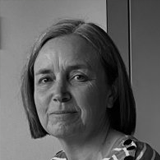 When you ask kids about recycling specifically they say, ‘oh yes, we learn about that at school but, oh no, we don’t do it at home’ so there is a disconnect there. So, it’s not until they become you adults and live for themselves, that things then become more apparent.”

Suntory’s Jo Padwick believed that the momentum was there for the transition to a circular economy, with the UK Plastics Pact playing a part, but incentivisation and structure was crucial: “That element of a closed loop, encouraging consumers to recycle…we all need to work together because one of us alone will not solve the issue. Things like deposit-return schemes and extended producer responsibility (EPR) reform is just as important as…what a producer is doing.” 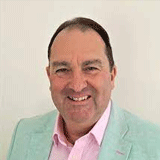 This is actually about walking the walk. This is not an end point…this is going to become an evolution. There may come a where point in ten years’ time we’ve taken a wrong turn and we’re going to have to take corrective action again, because science and the whole environment is constantly changing around us.”

Is the green shift consumer or industry-led?

Assessing whether there is a disparity between consumers’ intentions to recycle and their actual behaviour, WRAP’s Gray cited her organisation’s annual Recycling Tracker Report, which showed a marked shift towards more environmentally friendly behaviour, with 62 per cent of those surveyed saying that had recycled more in the past year.

“There’s a big group of people doing what they need to do as well as saying it. Interestingly, it is in the younger age groups, as well, which traditionally have been underperformers in this area.

“It’s not perfect, there are lots of people that aren’t doing the right thing all the time…the people who aren’t doing it, generally, are younger…more urban, and have challenges with their recycling services.

“From a citizen perspective moving forward, it’s really about a focus on the people we need to move forward and really thinking about ways to encourage them.”

Suntory’s Padwick had a different view, underlining the difference between consumer concerns and their buying habits: “We’ve found, actually, that it is not consumers driving the momentum behind sustainability, there is still a gap between what they say and then what they do in stores. 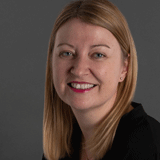 So, for example, 93 per cent of Lucozade and Ribena shoppers say, yes, plastic in oceans is their number one concern, but when they get into store, they are still choosing brand, flavour, price, ingredients over sustainability, and 80 per cent say they’re not willing to pay more for anything sustainable... It is just legislation and companies wanting to do the right thing that is driving the momentum.”

KeepCup’s Baker lamented the fact that there just aren’t many sustainable options out there for the environmentally conscious consumer: “There aren’t currently a lot of options for being more sustainable.” He also alluded to the fact that retailers were trialling refillable aisles to try and change habits, but this wouldn’t have an immediate uptake: “Be prepared that…you’re not going to get the same return on those sustainable options.”

On the consumer side, WRAP’s Rachel Gray suggested that the “awareness of sitting at home and having time to think” during the UK’s coronavirus lockdowns has caused a “shift in pro-environmental behaviour in all its forms.” With regards to forecasting a permanent change in behaviour, Gray was keen to underscore that: “What we don’t know is how that awareness will turn into action…but the fact that we’ve seen a shift that most people are open to it, leaves an open door.”

From an industry perspective, KeepCup’s Chris Baker shared that the on-the-go sector had seen a shift away from packaging as avoidable waste, with “people associating packaging with being more hygienic…some businesses said ‘right, we aren’t going to accept reusable containers right now.’”

He found it concerning that plastic producers were lobbying on behalf of packaging as a safe option to prevent infection in a retail setting, and that it was “an instance in which business has not played its part properly.” 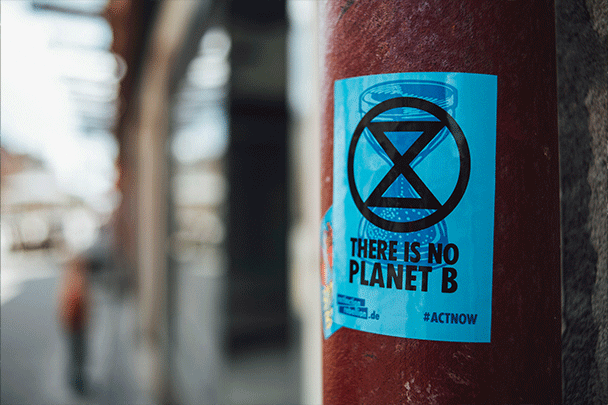 Is greenwashing a thing of the past?

Suntory’s Padwick was clear that she believed that industries were “facing into what they need to do and being transparent about what they need to do. You can’t get away with greenwashing these days. You have to really open and transparent about what you are claiming about your packaging because it’s out there, people will be able to see what happens.”

Thatchers Cider’s Milton was in agreement: “Most businesses now have a greater understanding of what’s required. What generally now tends to get in the way…is the investment required in order to make that happen. I think there’s going to be a time lag in between knowing what the right thing to do is, and actually having the funds available to do it.”

WRAP’s Gray focused on the fact that consumers were unaware of the efforts that organisations were making in the field of sustainability, and that there was a problem with credibility. “Building trust is another thing that we need to do” she said, “the more that we can demonstrate that things are happening within business, the better.”

KeepCup’s Baker disagreed with the rest of the panel, and brought up the fact that much of the information around packaging and recycling either goes unnoticed or is misconstrued. 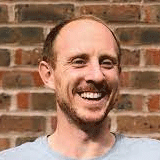 I don’t think greenwashing is over at all. Maybe the phrase ‘greenwashed’ needs to be looked at differently, because it’s not a case of companies trying to wash their business and say it’s green – it’s how do you get that information across collectively."

Deposit-return schemes – what really needs to happen to make it work?

On the subject of deposit-return schemes (DRS), the panel had a range of views on how these could best be implemented, and the kind of challenges that lay ahead.

Chris Milton of Thatchers Cider underlined the divergence of the UK nations in their approach as a potential difficulty: “One of the things we could do with from government is to have a bit more of a joined-up approach from everyone, rather than looking to say ‘we were first.’”

Suntory’s Jo Padwick talked about the inherent complexities of DRS, but underlined the benefits: “We should see the recycling rates get up in to the high 90s…and it should be able to allow the collection of non-contaminated food-grade PET, and I guess this is really key as there’s a real shortage across Europe at the moment. For us it would be a great way of collecting that…so we can drive that circularity and invest it back.”

As the chair of Reuse and Refill Group at WRAP, Rachel Gray warned of a period in which consumers would be unsure about the new measures, and the need for clear guidance would be essential. “There’s going to be a transition time where it is super confusing for householders” she said, “whatever happens we really, really need to think carefully about how this is communicated – not only the DRS system that happens to be there, but what else are the options for people to do and how do they make a choice.”

KeepCup’s Chris Baker highlighted the fact that the harmonisation of the materials used in the beverages industry lends itself to a DRS system, but that this would need to be rolled out across all industries for maximal effect: “If we were all just using PET, glass and polypropylene, and keeping the materials simple, it would make everything easier for the system as a whole.”

Watch the webinar in full

More than a webinar series, “Powering Progress” is an interactive forum where business leaders can challenge, engage with, and be inspired by industry experts as they discuss the latest retail trends.